The website is under construction and logging in is no longer necessary. 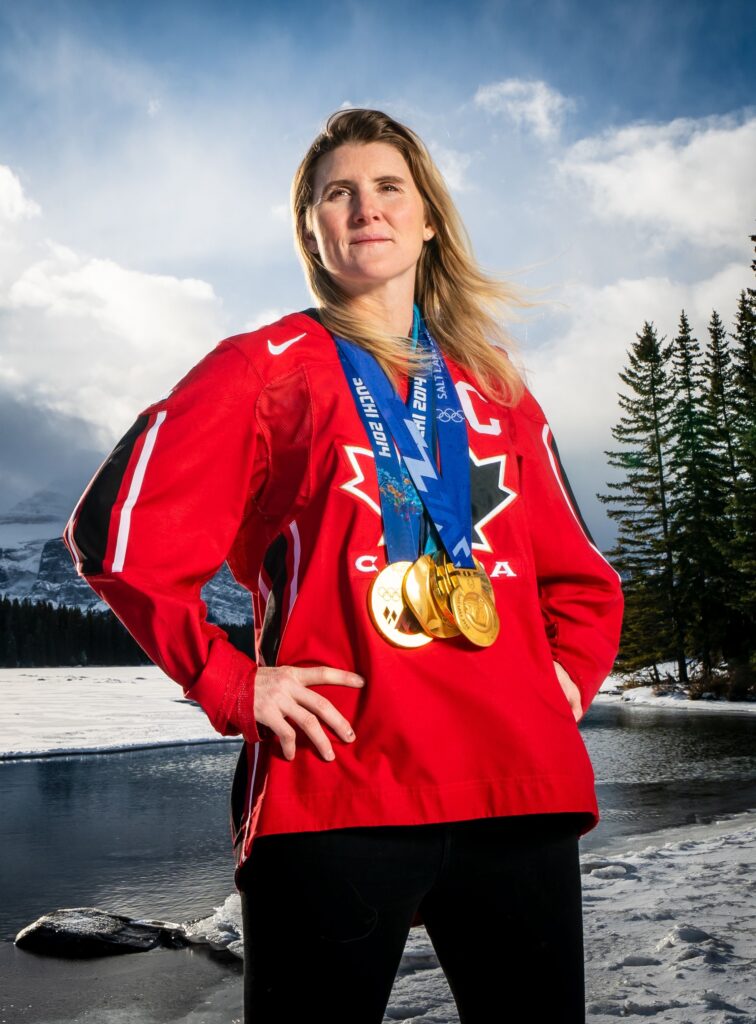 Seven World Championships; Six Olympic appearances; Five Olympic medals; Four Olympic Gold medals – Hayley Wickenheiser is a titan of sport and a leader both on and off the ice.

Most recent recognized by her peers by her induction into the Hockey Hall of Fame, her hockey IQ is highly respected in all areas of both the male and female game. She was the first female player in the world to notch a point in a men’s professional game while playing in Finland, and played in or coached at four NHL development camps with the Philadelphia Flyers, the Edmonton Oilers and the Toronto Maple Leafs, the first woman in history to have done so. She is also still holds the record for the most assists, points and goals for the Canadian Women’s National team.

Hayley’s ascent to the top of the sport started in Shaunavon, Saskatchewan when at age 15 she was the youngest member chosen from the Canadian Women’s National team. Her Olympic career spanned 23 years, five Olympic medals and two sports, as she also competed in softball in Sydney 2000. In 2014 she was Canada’s official flag bearer and she now serves on the IOC Athletes Commission and is the Vice Chair of the Calgary 2026 Bid Committee.

She is currently in her final year of Medicine at the University of Calgary where she spends as much time as possible outdoors and with her university-aged son Noah.